It has been a noisy week in Social Media with #MSIgnite. Such a large conference as Microsoft Ignite (see here) produces a lot of traffic in Social Media. We made some Twitter reports to deliver some impressions about MSIgnite.

The following statistics was created by searching for hashtag #MSIgnite.

We see that most mobile Twitter clients being used have been 25% iPhones, followed by 16% Windows Phones, then 11% Android devices. The rest of 48% have been other clients (like desktop clients). 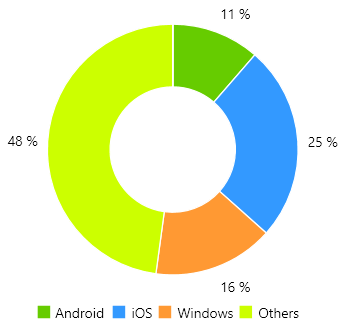 Remarkably also the Sunday before the conference had 5.259 tweets, it seems that many attendees used twitter also for organizing themselves around the conference. 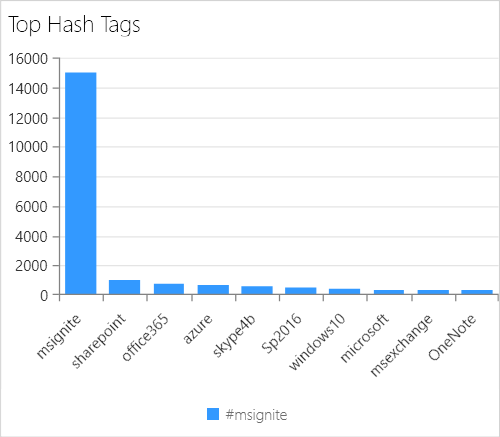 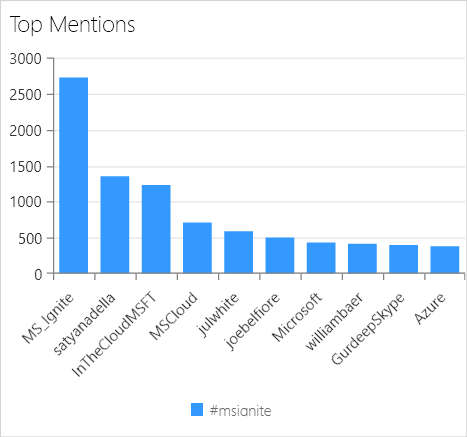 Sure, the keynote speakers got the most personal mentions.

The following list shows the top 10 Messengers during this week. 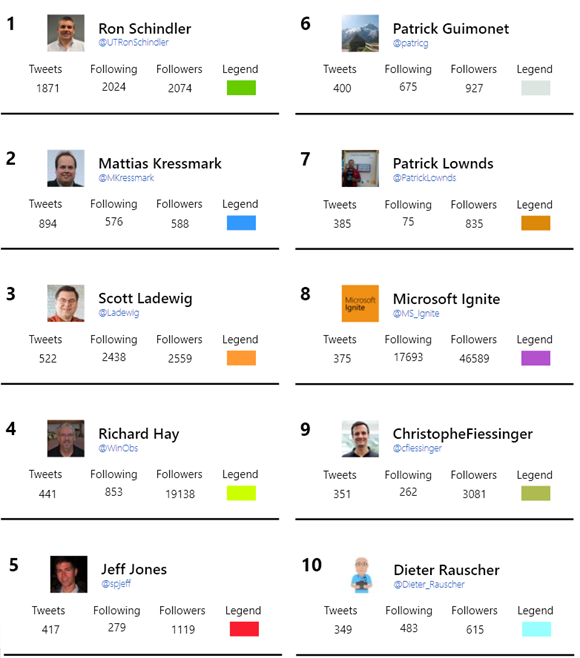 Well a lot of the messages of the Top 10 messengers were Retweets: 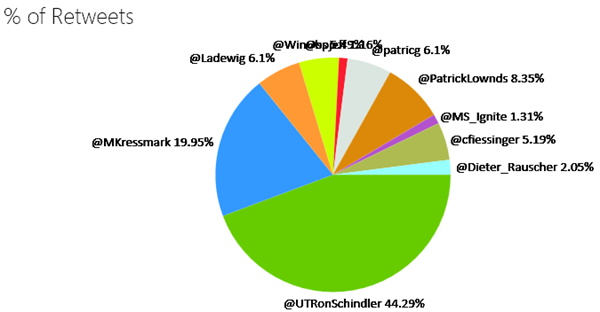 Of course we from atwork, @magrom and @atwork tweeted a lot, but didn’t make it in the Top Messengers.

I guess with Tweets there have been millions of users reached.
Just the Top 5 messengers have reached about 75.000 followers. 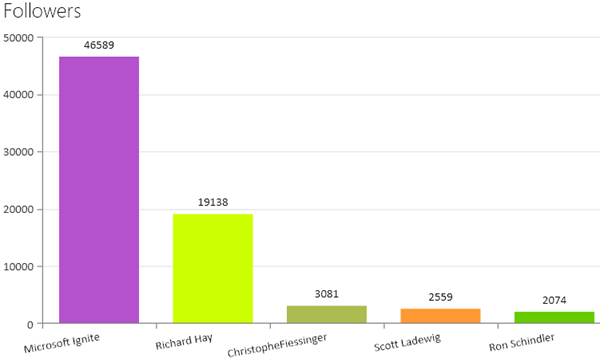 Doing the math and assuming that each messenger has, let’s say about 300 followers (and I know many colleagues who have thousands and more..)

#MSIgnite should have reached at least more than 5 million users!

And I think in reality this number can easily be doubled or multiplied.

The region around Chicago as well as the East and West Coast were the “hot spots”.

The numbers are impressive, we see the scale of this huge MSIgnite conference. This statistics has been created with PlusOneSocial.

Follow #MSIgnite. and the fellow Microsoft Product Groups and our Twitter accounts @magrom and @atwork for getting the latest IT and Microsoft news!