Delegate365 as a service

Delegate365 is developed and operated by atwork and runs as Software-as-a-Service (SaaS). Customers can test and use Delegate365 instantly without any installation out-of-the-box and updates to the Delegate365 tenant are done automatically. Delegate365 runs completely in Microsoft Azure without customers having to maintain the solution in any way. The customer's data never leave the desired region, except the customer exports his data intentionally. The hosting costs are included in the Delegate365 price. Thus, Delegate365 is delivered as a carefree package to be used instantly.

Availability of Delegate365 in Microsoft Azure 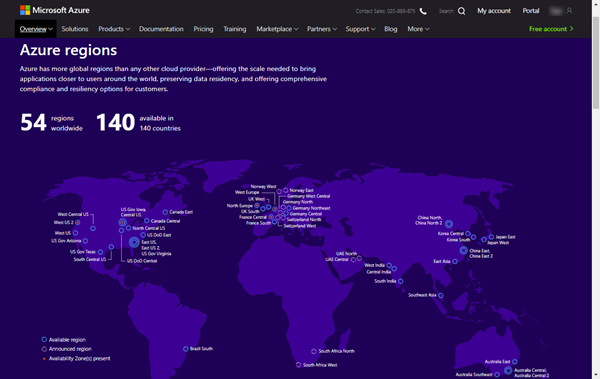 Out-of-the-box, Delegate365 works in all Microsoft regions that are not classified as "sovereign" or "national" cloud and that are currently available for customers, see regions and locations. The Azure datacenter within the region will be set as optimal as possible for the customer and the tenant. Delegate365 is currently available in the following regions:

Newly announced Azure data centers that can be used in the future:

The regions and availability of Delegate365 might change in future, depending on Microsoft's Azure availability, conditions and legislation. 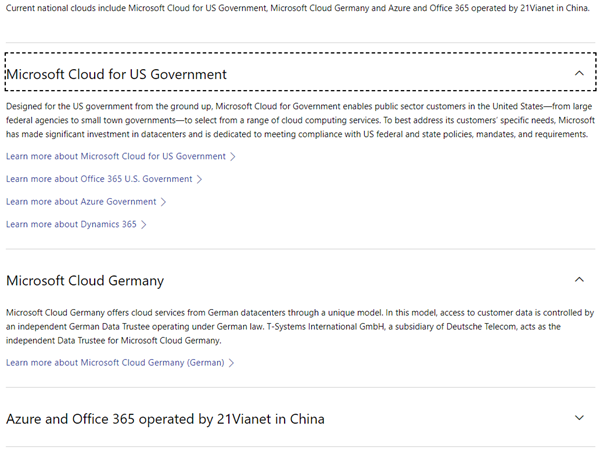 The national clouds receive new Microsoft features and services at a later date, or not the full functionality. For example, see services that have recently been announced in national clouds as Announcing General Availability and Sovereign Cloud Support of Managed Service Identity for App Service and Azure Functions or at Power BI is now available in three separate national clouds.

Delegate365 is currently not available in national clouds. Based on customer's needs, that could be addressed in future.

As Microsoft announced end of August in "Microsoft to deliver cloud services from new datacenters in Germany in 2019 to meet evolving customer needs", the existing Cloud Germany operated by T-Systems will no longer be available for new customers and will be replaced by two new datacenters in Germany located in Berlin and Frankfurt. These are planned to be available to customers in the fourth quarter of 2019 for Azure and in the first quarter of 2020 for Office, and Dynamics to follow later in 2020. Instead of reduced functionality (and different pricing), the new datacenters will offer "full connectivity to Microsoft’s global cloud network" and will be operated by Microsoft.

When customers are starting with Delegate365, they receive a form to define the desired Azure region for their Delegate365 instance. So, every customer decides where his Delegate365 solution shall be hosted worldwide. The region stays for the whole operating life of Delegate365.

We hope, this article clarifies the hosting options of Delegate365. We at atwork take security and privacy very seriously. In case of any questions about Delegate365, pls. contact us.