Last week the IT DevConnections conference took place in the cool location of Aria resort in Las Vegas with about 1.400 attendees. As every successful conference is also present in Social Media we collected data from Twitter and publish some summary statistic of the the event - as we did for devconnections 2013 last year.

The timeframe of the reporting is Sun, 14th to 22th of September – so we covered the whole last (conference) week with hashtag #devconnections. So, here we go. Click on the graphics to enlarge them. 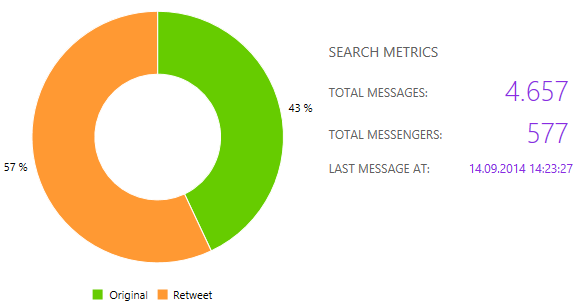 The analysis of operating systems of the tweet source looks like the mobile Operating systems iOS (13%) and Windows Phone (12%) were almost equally used while there was only the half of Twitter users with Android (6%) devices. 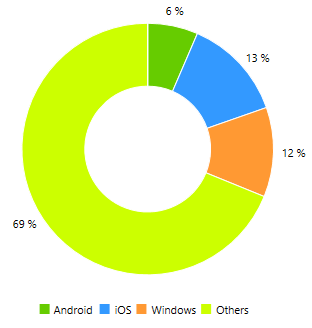 …were (of course – this was our filter) #devconnections, followed by #msexchange, #keynote, #configmgr, #sharepoint, #office365, #itdevconshare, #sqlserver and (funny enough) #meetthebelgians. 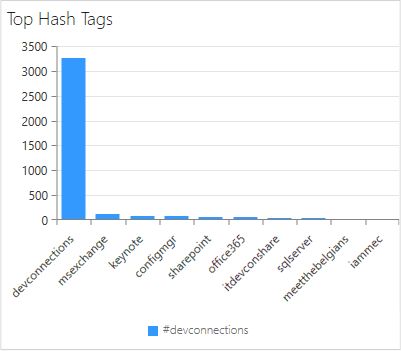 We can see that – by tweets - Exchange followed by Config Manager, SharePoint and Office 365 were the “hottest” topics.

As measured by number of tweets here are the Top 10 tweeters: 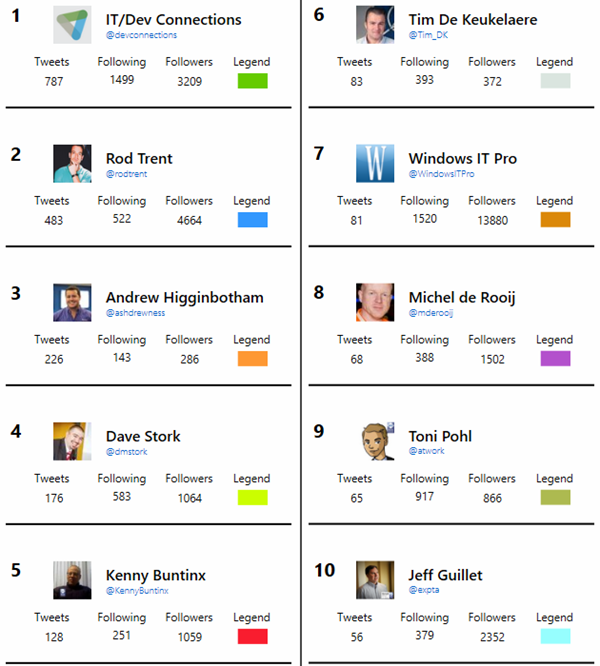 The colour-codes are also used in the following graphics. 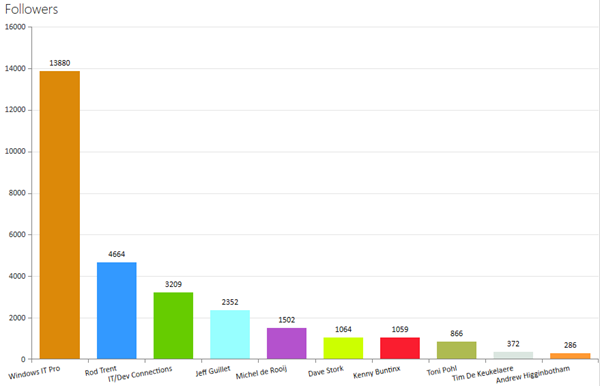 With Excel PowerMap we see the hot spots – the home location of the Twitter users. 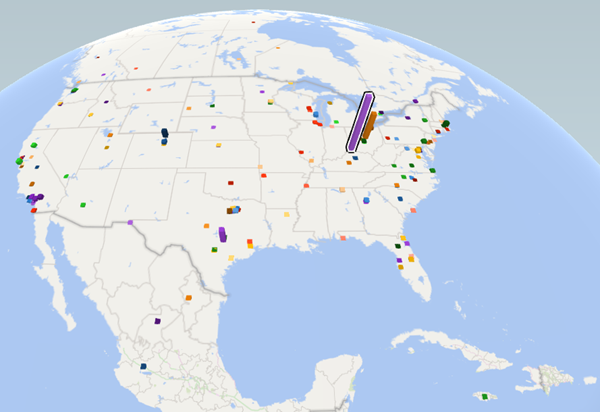 The magenta/black marked bar doesn´t count, that´s the “worldwide” number. It seems PowerMap wants to show that near … Ohio (maybe because that´s the second highest value).

…in Europe Belgium, Netherlands, Estonia, Ireland and the northern countries are strongly represented. 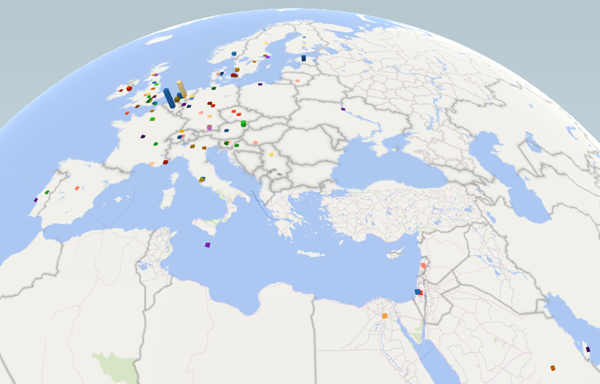 Since not all Twitter users fill in their location (or sometimes a name-combination like “Columbus Ohio”, Columbus, OH”, “Columbus, Ohio”, etc.) the mapping isn´t very precisely – since not all locations can be visualized. The location data would need to be corrected to be unique.

Anyway, let´s give PowerMap a try. 56% of the locations by City name could be mapped. 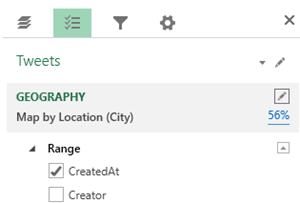 Excel PivotChart can also help to show ALL location data – in a chart, see here sorted descendant by number.

The mapping gives a visual impression of the home-town of the Twitter users.

This data representation was also part of our Power BI and SharePoint Online session, see the content here.

The Twitter Analytics was made with Plus One Social tool and with our own GetTweets-Tool (which we will blog about this app-development in the next days).

We from atwork (magrom and @atwork) had a great time there and hope you liked our sessions (see our blog-post here).

…are you interested in Office365 management and delegation features?

Check out our cool product Delegate365!