Last week European SharePoint Conference 2014 took place in Barcelona. Time to recap mentions of the SharePoint event on Twitter (hashtag #ESPC14). Here are the results by 11th May, 21:30 made with Twitter Analytics for Excel (which @magrom also showed in her session PowerBI and SharePoint Online).

In this week there were more than 4.300 tweets sent, about 40% (1.700) of them were retweets. The top tweet-days were Wednesday followed by Tuesday and Thursday with average 1.200 tweets daily in these three days. (Click on the graphics to increase them.) 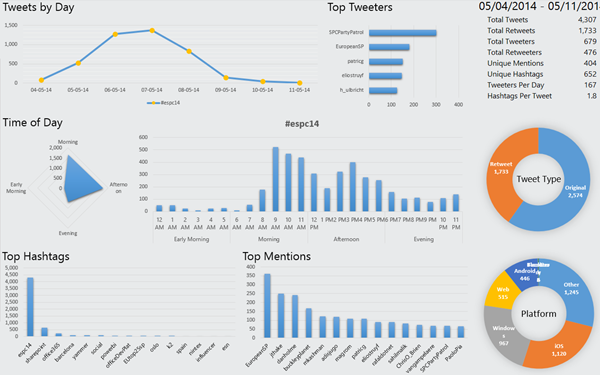 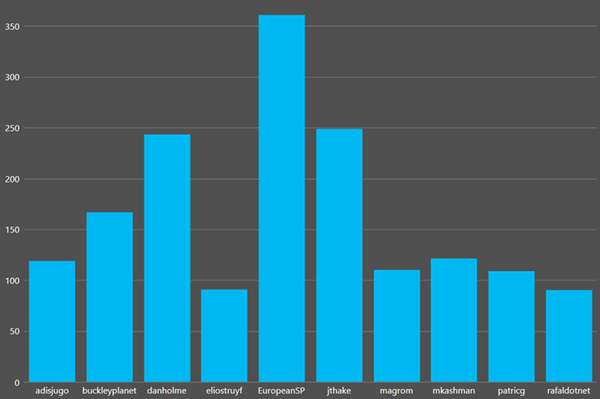 #espc14 was used by 679 Twitter users, see the top mentions and the users with the most followers in this graphics. 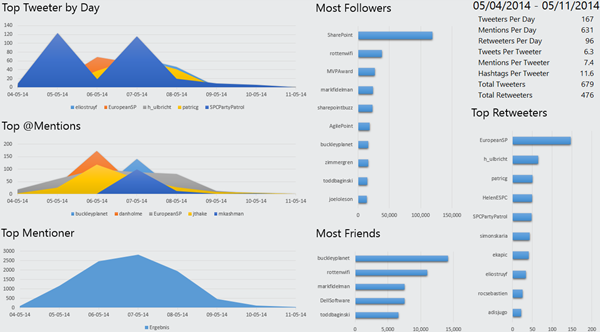 The user´s locations in Bing maps: 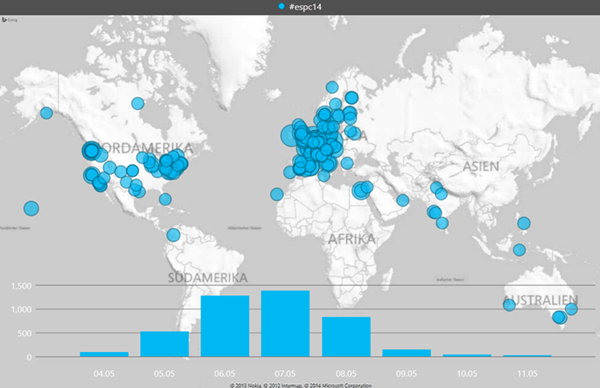 We had a great time there meeting all you guys of the SharePoint community!
Looking forward to the next events!